Following detection of the Omicron Covid-19 variant, the Confederation of Southern African Football Associations (COSAFA) has been forced to change fixtures for the boys and girls soccer tournament.

This follows withdrawals by some countries including Zimbabwe from the Africa Union Sports Council Region 5 Youth games which are hosted on a rotational basis.

The games are scheduled to take place in Maseru, Lesotho.

In a statement, the regional soccer body said the decision by other countries to pull out meant that they had to start matching the remaining teams as well as re-adjusting dates set earlier.

“The emergence of the Omicron variant and subsequent travel difficulties associated with it have forced more changes to the fixtures for the boys and girls football competitions at the Region 5 Maseru Games.

“The tournaments have already been hit by a number of withdrawals, with Zimbabwe boys and girls, Seychelles (boys) and the Comoros (girls) being the latest to pull out over travel issues,” COSAFA said in a statement.

On the Zimbabwean side, also affected were the netball, basketball, athletics and visually impaired teams.

However, the latest development has not gone down well with some parents who were funding the participants who have been in camp preparing to travel, only to be told in the last minute this had been cancelled.

“It (withdrawal) is a big blow for us, especially after all the time and effort we had put in preparation. We had cases of parents who had to fork out as much as US$318 each for their children to acquire emergency passports while others had opted to forego public examinations.

“And what’s funny is that for camp, all teams used a single bus (with some even standing) and there was no talk about protection from Covid… and now this!” an official for one of the teams fumed.

These included vaccination of all athletes, production of negative PCR tests and not having come in contact with persons who have tested positive.

However, all these preparations have been a waste. Nhau/Indaba 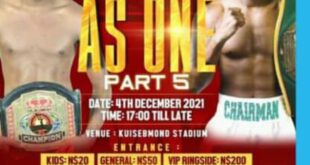