The Headmistress of a Seventh Day Adventist run school in Lupane is in hot soup following allegations of fraud and embezzlement of school funds, Indaba has learnt.

She is also being accused of misusing school property.

It is alleged that Nomathemba Ngwenya the headmistress of Mtshibini Adventist Primary School signed out a laptop belonging to the school from the accounts clerk Ms Joice in May 2020 and never returned it.

According to the School Development Committee (SDC) Vice Chair Ndumiso Moyo, the missing laptop was discovered after a stock take by the finance committee which intended to purchase more laptops for the school.

It is further reported that when asked about the laptop Ngwenya said she could not remember where it was, leading to the finance committee suggesting a legal action.

It is also alleged that sometime in September this year, Ngwenya made a transfer of ZWL 272 000 to one Willard Shona whose contacts Ngwenya refused to reveal after forging Moyo’s Signature.

Asked by the finance committee to explain the fraudulent transaction Ngwenya is said to have apologised and was given to three days to reverse the transaction but she remained adamant leading to the matter being reported to the SDC Chairperson Essential Machonisa.

The SDC then reported the matter at Lupane police station leading to her arrest.

“I can confirm having just received the report about happenings at Mtshibini School, but am currently analysing it for further action,” Ncube told Indaba. Indaba 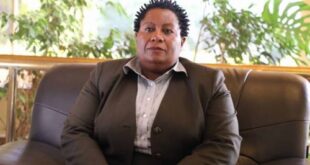 Chief executive officers of Zimbabwe’s banks are salting away offshore their foreign currency earnings, instead …