This was revealed by Presidential spokesperson, George Charamba on his Twitter handle @Jamwanda2.

“Devastated to announce the passing on of General Chimonyo early this morning after a long fight against cancer. Go well freedom fighter, commander and ambassador!” he said.

General Chimonyo assumed command of the ZNA in 2018 after the promotion of General Philip Valerio Sibanda to Commander Defence Forces. Nhau/lndaba 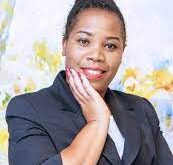