An alleged serial robber and rapist on remand for attacking almost 20 women recently escaped from Harare Remand Prison, allegedly with the help of two prison officers, but was caught, was yesterday jailed for an effective four years for escaping from lawful custody.

Sam Muropa (31) of Kuwadzana in Harare, was initially jailed for five years when he appeared at the Harare Magistrates Court before Mrs Barbra Mateko but suspended a year of his sentence on condition that he does not commit a similar offence. This sentence will be on top of whatever the courts give him if he is convicted of the string of robbery and rape charges allegedly committed while giving lifts to women around Harare.

He was convicted on his own plea of guilty but implicated prison officers Ngonidzashe Munhuuripi and Simbarashe Machekera.

They have since appeared in court on charges of aiding a prisoner to escape from lawful custody.

They were not asked to plead to the charges when they appeared before magistrate Dennis Mangosi, who denied them bail, meaning they are now held in Harare Remand Prison, the same prison where they were very recently on duty as the staff. Muropa is now in custody in another prison serving his four years.

On October 1, Munhuuripi and Machekera were on duty at Harare Remand Prison where they were allegedly approached by Muropa, who was in a D Class cell, C12.

Munhuuripi allegedly told Muropa that he wanted to help him to escape since it was difficult to be granted bail by the court because of the nature of criminal offences he was facing as an alleged serial robber and rapist.

Allegations are that two prison officers then hid Muropa in a bathroom in the prison yard and later took him to the reception area where they recovered his civilian clothes on the pretext that he had been granted bail. It is said the two prison officers briefed Muropa on the security set up at the prison and advised him of the route he would take to avoid being spotted. Muropa then escaped.

He was only re-arrested after detectives tracked him down and took him to court where he admitted to the offence.

On August 16 this year, Muropa appeared before the same court on allegations of robbing and raping nearly 20 women, with eight of them having positively identified him when he was placed in an identification parade by police upon his arrest.

Muropa, alias Gunners, was allegedly found in possession of a Zimbabwe Military Police and ZNA identity card and a lawyer’s practicing certificate upon his arrest. He was also found with two cars that he was suspected to be using in his attacks on women.

The State led by Mr Anesu Chirenje alleges that on July 27, Muropa, along with his three accomplices who are still at large, picked up a woman in the city centre, robbed her of US$600 before dumping her near Chikurubi Prison Farm.

Two days later, Muropa and his team robbed another woman of US$20 and cell phone in Ardbernnie and drove her to the nearby Mukuvisi River where they dumped her.

On July 30, Muropa and his gang are alleged to have picked a woman in Granary, Harare, and drove her to Nharira Farm where they allegedly raped her and robbed her of US$750 and other valuables.

On their way back from Nharira Farm, where they had dumped the first woman, they picked another woman whom they threatened to kill with a knife if she made a sound and then drove to a bushy area near Whitehouse Shopping Centre where they asked her if she was HIV positive before sexually assaulting her. They then allegedly stole her valuables worth US$170.

On August 1, they robbed another woman whom they undressed and shoved her out of their car after robbing her of valuables worth US$200.

On August 6, Muropa and his team robbed yet another woman in Kuwadzana, with one of them sexually assaulting her.

The court heard that they used the same method on other women they allegedly robbed and raped between August 16 and 17.

Upon his arrest, Muropa was then found with a Zimbabwe Military Police identity card in the name of Thilli Adnico and Zimbabwe National Army identity card belonging to Elate Mutembedza.

He was also found in possession of an expired Practice Certificate identity card of Norman Chimuka, which he would use to impersonate as a lawyer.

The court also heard that Muropa bought an Audi A4 (AFA 0272) from the proceeds of his string of robberies. Herald 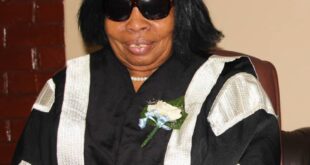