On May 7, President Emmerson Mnangagwa announced a cocktail of measures he said were aimed at stabilising the rapidly depreciating local currency. The measures included an indefinite suspension of lending by banks. One of the local banks, BancABC, sent the following analysis of the president’s speech to its customers:

The government will compensate individuals who had funds below US$1,000 in their bank accounts as of end of January 2019.

The Z$ depreciation means depositors lost value of their deposits which at the time were viewed as at par in US$ terms. At the time of the conversion of the deposits, total deposits which were believed to be at 1:1 to the US$ were Z$8.965 million.

This is not the first time the government has compensated depositors for loss of value. In 2015, depositors were also compensated following demonetisation of the Z$ during multi-currency period.

These schemes could be a waste of resources as depositors require a stable and predictable economic environment, rather than to be continually compensated for loss of value.

Lack of political will to implement agreed policy measures is eroding confidence in the economy. This pronounced exchange rate management framework was agreed a long time ago, and yet authorities have not adopted it.

The current economic meltdown could have been avoided had the authorities implemented agreed roadmap on exchange rate management.

As previously highlighted, the current overvalued ZW$ at the auction is creating a fertile ground for arbitrage and generating inflated demand for forex.

Continuation of a Multicurrency System

The current multicurrency currency system will remain in place and the de-dollarisation process will be guided by economic fundamentals.

Retailers/wholesalers are allowed to benchmark their pricing to the average WBWS exchange rate.

So far, the WBWS market has been skewed towards buying forex, which is not ideal.

In the past, growth in statutory reserves despite a 5 percent reserve money target growth was a sign that the monetary policy stance was not tight enough as deposits continued to grow.

The IMTT has been a contentious tax since it was first introduced as an attempt to capture the informal sector to contribute to the tax net, as well as harness resources for infrastructure.

Since then, IMTT is now used as a broad-based tax for both informal and formal sectors, to assist government in raising its revenue.

The high IMTT effectively means that the market will avoid depositing the US$ into the banking system. This will increase informalisation of the economy as transactions will be on a cash basis and outside the formal channels.

Withdrawal of cash above US$1,000 will attract a 2 percent levy.

These measures are impediment for customers to use the banking channels and this works against financial inclusion efforts.

This is an opportunity for banks to develop digital platforms to support US$ transactions. The customers will feel discouraged to use the banking system because of the attendant high costs.

Settlement of local currency tax obligations will be at a WBWS exchange rate.

Liquidation of the Surrender Portion of Export Proceeds

Liquidation of surrender portion of export proceeds will be at the WBWS exchange rate.

This is commendable as it will improve viability of generators of forex. Major risks relate to the manipulation of the WBWS system, which will result in widening premium.

Ideally, the auction system is no longer serving its purpose as it is a vehicle for arbitrage. Critically, continuation of auction entails government paying subsidy (which is the difference between the auction and the WBWS exchange rates) which is not budgeted for. The existence of a multiple exchange rate systems only benefits the elite and is a major source of corruption and arbitrage.

This is to stem susceptible illicit financial flows.

Suspension of Lending by Banks

Lending by banks has been suspended.

Growth in local currency which in turn is blamed for fuelling the parallel market cannot be attributable to bank lending alone, as government is well known for injecting huge liquidity as and when it makes payments to local contractors.

The government is adopting non-conventional practice in an attempt to avoid dealing with currency reforms.

The government is using a blunt approach to try and address a long-standing issue of the currency conundrum.

Bank lending is the core function of banks’ financial intermediation

process. Banning lending activities will threaten survival of banks as this will wipe out 20-50 percent of their incomes.

Consequently, this could push banks to embark on risky and/or non-permissible activities to compensate for the loss of incomes. This could also push bank charges upwards as banks devise survival strategies.

On the other side, the companies cannot survive without working capital facilities. This will lead to scaling down of operations, shortages of goods, further price increases, viability challenges and possible company closures and job losses.

No economy can survive without access to working capital.

Fostering discipline on the ZSE

Transfer of funds between accounts by brokers is now prohibited and investment at ZSE for less than 270 days will attract 40 percent Capital Gains Tax (CGT).

Markets by their nature are intricately linked and reflect inherent distortions in the economy.

The runaway ZSE performance was a sign of dislocations in the foreign exchange and money markets and the broader economy. The ZSE is also reflecting the investors behaviour of running for cover in times of economic trouble, as well as lack of confidence in the direction the local currency was taking.

A plethora of regulations impose operational bottlenecks, make the ZSE inefficient and unattractive to foreign and domestic investors. This has potential to undermine pensioners and new listings.

The government believes that the growth in local currency deposits has caused volatility in the forex market. While lending by banks has in part contributed to some level of money creation, this only represents a fraction on the drivers of forex volatility.

Growth in local currency deposits is largely blamed on huge government payments in respect of local contractors and quasi-fiscal operations.

Clearly, the huge growth in local currency deposits is concentrated in specific months which could be associated with the huge government payments which in turn triggered exchange rate volatility.

Banks make 20-50 percent of their income through interest income, arising from lending activities. Banning lending will therefore endanger their viability. 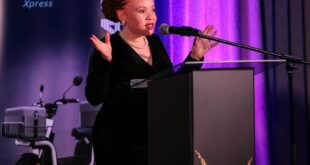