Chamisa Told To Sleep With One Eye Open

One great politician once said: “It is not the vote which counts. But who counts the vote,” meanwhile with that in mind, some have been asking as to how an opposition party can protect its votes against rigging.
Political analysts have implored the opposition parties in Zimbabwe particularly, the Nelson Chamisa led MDC-Alliance to be put in place measures to safeguard their votes as the 2023 elections draw closer.
Renowned political commentator Dr Pedzisai Ruhanya says for opposition parties to guard their vote they must ensure that all polling stations are monitored by their agents. “The opposition should make sure that no area in Zimbabwe is not monitored, all polling stations must have polling agents.
“The polling agents must be well fed and paid to avoid being bribed, and make sure that they have information on all polling stations. Any error benefits ZANU PF,” he says. Another analyst, Elder Mabhunu concurs with Ruhanya saying the opposition (MDC-Alliance) should not sleep on guard.
“When we talk about opposition in Zimbabwe we mean MDC Alliance. Meanwhile, what they should do is ensuring that every polling station is monitored. “Contesting the electoral outcome in the courts without enough information from all the stations will not help him much. He will be knocked out on technicalities,” he says.
Meanwhile, former cabinet minister Jonathan Moyo says the Zimbabwe Electoral Commission (ZEC) has a history of stealing votes from opposition candidates to favour Zanu-PF adding that the courts have a history of using technicalities to allow the theft.
He however says measures should be put in place to prevent vote theft: “Many have asked how voters can protect their vote.
“Given that ZEC can miscount a vote in favour of Zanu-PF, admit the miscount but refuse to correct it; with the support of the courts, as in the Chegutu West case in 2018, voters must organize to reject an illegitimate result!”
Meanwhile, the previous election in the country was dogged with allegations of irregularities amid reports of vote-rigging. Chamisa disputed the results claiming to have won, he approached the Constitutional Court but lost the case after it ruled in President Mnangagwa’s favour.
THE ZIMBABWEAN 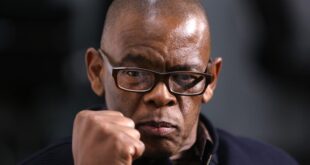