e.tv has canned production of its primetime telenovela, Durban Gen after it aired two years ago.

The hospital set drama aired in October 2020 and will end in January 2023.

The primetime series is set in the Newlands East township and Durban General public hospital and is produced by Stained Glass TV.

Durban Gen is e.tv’s fourth most watched series and has over 2 million viewers.

In a statement eMedia said the decision to cancel the drama is part of an ongoing review on all its shows.

The statement reads: “e.tv can confirm that the hospital drama Durban Gen will be coming to an end in January 2023. The decision to decommission the daily drama is part of a business strategy which includes the ongoing review of the on-air life-cycle of all our shows.

“e.tv continues to look forward to fulfilling its mandate of producing exceptional and relevant local content, and the production has successfully achieved its part of the obligation throughout the past 2 years.” NewZim 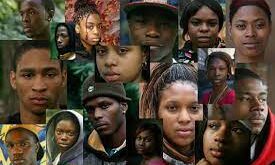 Yocaf Returns To Uplift The Youths