MUSICIAN-CUM-COMEDIAN Mothusi Bashimane Ndlovu, popularly known as Madlela Skhobokhobo recently dropped a new version of an old track titled Khumbule ‘Khaya, which carries a message of hope to Zimbabweans in the diaspora during the time of COVID-19.

Madlela said the song did not get much exposure at the time it was first released before he had taken on the Madlela brand.

“I have decided to use the Madlela brand to reproduce it and now that we are in this coronavirus pandemic. It’s a song for everyone, especially those in the diaspora. Dedicated mostly to people in diaspora, I encourage them to hold on even if they are miles away from home,” Madlela told NewsDay Life & Style.

Madlela said the track was off his third album which was supposed to be out this month but the launch was affected by the lockdown.

“It is a single in the upcoming album and the reason I’ve released it now before the album comes out is for people to listen to it during this difficult time. It actually fits into this situation and I make reference to COVID-19 in the song,” he said.

“I decided to bring the song back after Nash, my producer, heard the original version. He liked it so much and he requested to do his version to try and give it much exposure as he believes it’s a nice song.”

Madlela said he did not stick to one genre because he was a storyteller before turning to music. 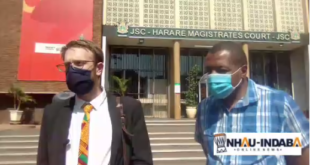