PROMISES of a break with the past and a new beginning, economic recovery, freedom, democratic re-alignment and prosperity by military commanders at the onset of Zimbabwe’s  2017 coup as well as by President Emmerson Mnangagwa have virtually been shattered amid renewed autocratisation — five years later.

There is a sharp increase in cases of brute repression and worsening levels of corruption, with many saying the discredited politics of old are still ruling the roost.

The address by Chiwenga marked the beginning of the coup in earnest.

“Let us begin by quoting the constitution of this country particularly the preamble which speaks of “Exalting and extolling the brave men and women who sacrificed their lives during the Chimurenga/Umvukela and national liberation struggles and honouring our forebears and compatriots who toiled for the progress of our country . . .”

“From a security point of view we cannot ignore the experiences of countries such as Somalia, DRC, Central Africa Republic and many others in our region where minor political differences degenerated into serious conflict that had decimated the social, political and economic security of ordinary people,” said Chiwenga.

“Section 212 of the constitution of Zimbabwe mandates the Zimbabwe Defence Forces to protect Zimbabwe, its people, its national security and interests and its territorial integrity and to uphold this constitution.”

“. . . Further, we must understand that the freedoms that we enjoy today were as a result of supreme sacrifice by some of our countrymen and women and this must not be taken for granted. Let us remove this air of uncertainty and allow Zimbabweans to enjoy their freedoms and rights as enshrined in the national constitution,” he said.

Two days later, in the early hours of 15 November 2017, the then major-general Sibusiso Moyo who at the time was chief of staff (logistics), made a hair-raising speech on the national broadcaster ZBC vowing that the army had begun an operation to arrest criminals around the late Robert Mugabe and fight corruption in the country.

At that time the military had seized the ZBC, restricted movement of Mugabe and blocked access to government offices as the coup gained traction.

“Following the address we made on November 13, 2017, which we believe our main broadcaster, the Zimbabwe Broadcasting Corporation and The Herald were directed not to publicise, the situation in our country has moved to another level. Firstly, we wish to assure the nation that His Excellency the President of the Republic of Zimbabwe, and commander-in-chief of Zimbabwe Defence Forces, Comrade RG Mugabe, and his family are safe and sound and their security is guaranteed.”

“We are only targeting criminals around him who are committing crimes that are causing social and economic suffering in the country in order to bring them to justice,” he said.

The late Moyo, who died after having been appointed Foreign Affairs tzar, made further promises to improve welfare of civil servants, ensure the independence of the judiciary, protection of the democratic roles of legislators, bring an end to political violence and upholding of freedoms of citizens.

“To the judiciary, the measures underway are intended to assure that as an independent arm of the state you are able to exercise your independent authority without fear of being obstructed as has been the case with this group of individuals.”

“To the generality of the people of Zimbabwe, we urge you to remain calm and limit unnecessary movement. However, we encourage those who are employed and those with essential business in the city to continue their normal activities. Our wish is that you enjoy your rights and freedoms and that we return our country to a dispensation that allows for investment, development and prosperity that we all fought for and for which many of our citizens paid the supreme sacrifice.”

“To political parties, we urge you to discourage your members from engaging in violent behaviour.”

“To the youth, we call upon you to realise that the future of this country is yours. Do not be enticed with dirty coins of silver. Be disciplined and remain committed to the ethos and values of this great nation.”

“To all churches and religious organisations in Zimbabwe, we call upon you and your congregations to pray for our country and preach the gospel of love, peace, unity and development,” the late Moyo pledged in the televised address before he boldly declared:

“To both our people and the world beyond our borders, we wish to make it abundantly clear that this is not a military takeover of government. What the Zimbabwe Defence Forces is actually doing is to pacify a degenerating political, social and economic situation in our country, which if not addressed may result in a violent conflict.”

Buoyed by the triumph of the coup, Mnangagwa upon his arrival from South Africa as President-designate, promised to fight corruption during a speech he made at Zanu PF headquarters at night.

However, according to Tafadzwa Chikumbu, the Transparency International Zimbabwe director, corruption has been worsening in Zimbabwe over the years. “The declaration of a zero tolerance to corruption by the President in 2018 gave a ray of hope to a rotten society full of corruption with impunity,” he said.

He added: “The reforming of Zacc [Zimbabwe Anti-Corruption Commission] was commendable and setting up of anti-corruption courts applauded. More so, the launch of the maiden National Anti-Corruption Strategy.”

“However, the political will to combat corruption faded each day and, five years later, we seem to be worse than before. There is corruption with impunity, cases of political capture emerged and political interference in the affairs of Zacc continue.”

“One would not hesitate to say that the fight against corruption is just rhetoric. As a country we tripped by a single point on the Corruption Perceptions index from 24 in 2020 to 23 in 2021. That’s a terrible sign and indicator of rising rate of corruption.”

Anti-Corruption Trust of Southern Africa director Obert Chinhamo said: “It’s much ado about nothing. A big fuss over a trifle. Not really much has been achieved. What has been achieved is insignificant since Zimbabweans are still swimming in poverty. Development should be measured looking at the improved  well-being of the ordinary people, especially the marginalised ones. During this time the poor have become poorer. The rich have become richer than before. Corruption, both grand and petty, has increased.  The Transparency International Corruption Perceptions Index (CPI) speaks volumes about this decadence. More work still needs to be done”.

“Generally, Mnangagwa’s first full term has been distracted by the imperatives of first strengthening and later consolidating his position in both the ruling party and the state.”
“He can be said to have now achieved both as symbolised by an elective congress that became non-elective after Mnangagwa was endorsed unopposed as first secretary of the party as well as its unopposed presidential candidate.”

“The country was buffeted (and still is) by hyperinflationary pressures, a very volatile foreign exchange rate, skyrocketing prices of essential goods and services, an informal economic sector that was virtually consumed by the informal or black market and, of course, the mother of all failures, the rampaging endemic and systemic corruption.”

“For instance, according to Transparency International, Zimbabwe’s Corruption Perceptions Score of 22 (out of 100) in 2017 when ED took over was virtually unchanged at 23 in 2021,” he said.

Professor Masunungure also said the generality of the populace is not happy with how the country is being governed.

“After ED took over, this perception increased to 62% in mid-2018, then jumped to 67% in 2021 and reached 72% in 2022. There is also considerable consensus that, contrary to the grandiose governance promises, there has been a substantial shrinkage in democratic space. Overall, the Second Republic has been long on rhetoric but rather short in action,” he said.

Political analyst Prof Stephen Chan told The NewsHawks that while Mnangagwa rode on the mantra “Zimbabwe is open for business” when he romped to power after the coup, the international community see the country in different light due to unbridled corruption.

“The international investment community is very wary of doing business in Zimbabwe, except with extreme due diligence. The view — certainly in the City of London — is that the risks of corruption are too great,” he said.

While corruption is still rampant, political tolerance and respect for human rights promised during the coup remain pie in the sky.

Opposition activists are regularly victimised and jailed without trial, with cases of the Chitungwiza opposition legislators and the Nyatsime 14, who spent over 150 days in pre-trial detention, hitting the headlines.

After five years of the so-called new dispensation, Zimbabwe remains under Western sanctions and isolated from the community of nations because of its failure to reform from the dark days of Robert Mugabe’s draconian leadership style.

Mnangagwa himself has developed a penchant for posing for photographs with dodgy characters at the slightest opportunity yet the military justified the coup by claiming that it wanted to get rid of the criminals surrounding Mugabe.

Crisis in Zimbabwe Coalition director Blessing Vava said there has been more talk on the part of government than action when it comes to ending corruption and repression of civilians.

“What we have noticed is democratic regression, increasing reliance on crude authoritarianism and excesses in public power in terms of the police, judiciary, police and particularly the military that has been used to thwart any dissenting actions,” he said.

“We now have opposition leaders that are in jail like Job Sikhala and we had the Nyatsime 14 released last week. The violence has been escalating so there has not been much difference between the first and second republic. Its quite sad that the government has been on an overdrive on neoliberal policies that have been driving people into poverty,” added Vava.

The civil society leader also decried the consolidation of power by Mnangagwa through the passing of Constitutional Amendments 1 and 2; the pushing through of the Private Voluntary Organisations Bill and the Patriotic Act, despite promises by the coup commanders in November 2017 that they were heralding a happy nation with abundant freedoms. NewsHawks 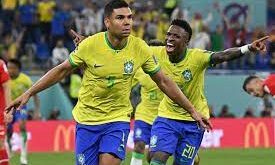