They do not just have to deal with unscientific, dangerous methods in a forced bid to elongate their labia minora, hundreds of young women are living in an unknown world of lashings for failure and rewards for success; all for men’s sexual pleasure.

Talk of the act is in hushed tones while naming it loudly or publicly in vernacular turns heads.

Matinji in Shona or malebe in isiNdebele, Zimbabwe’s two most common vernacular languages, have been relegated to vulgar or obscene words, conveniently hiding abuse of girls as young as 10-years who are having to deal with it silently, NewZimbabwe.com can reveal.

Labia minora are the soft inner tissues or lips of the vagina which extend outwards from the clitoris.

They are part of the external parts of the female sexual organ while labia elongation is the act of pulling them or lengthening them.

Genital mutilation or as amended by the World Health Organisation (WHO) genital modification, is common in Southern and East Africa.

Dark tales of how some churches have adopted lengthening of labia into their doctrines and constantly physically check minors’ private parts were shared with NewZimbabwe.com during the course of compiling this report.

Sithabile Nkomo, who revealed how she had to endure years of being forced by her church and family before standing her ground was told long labia would translate to a healthy marriage.

She was told her husband would not dare leave her as long as her labia was lengthened.

“Growing up I worshiped at the Zimbabwe African Catholic Church (ZACC), a mixture of white garments sects and the Anglican denominations,” said Nkomo.

“Every April we would go to Mutare where they measured our labia and checked if we were still virgins. They would beat us up as we bathed and expected us to start pulling them as early as grade seven.

“At home in Bulawayo my grandmother would bang the door and demand that they be pulled, she would flog our thighs. They would take us to certain parts of a river in our rural areas and measure them again.

“We would be forced to buy vaseline, mix it with groundnut cases, heat and use that to pull labia so that they grow quicker. Some of the girls I used to attend church with were really injured in the process.

“Those who would have reached the targeted length would graduate then be allowed to wear yellow and blue uniforms at church.”

Burnt banana leaves, crushed into tiny granules have been known to do the same job.

Indigenous religious groupings and cultural activities have been blamed for the act while tribes such as Shangani have been head strong against letting go of it as part of their daily lives.

A different source confirmed that one of her aunts had actually been sent back home because her labia was said to be too short after a riverside examination.

Added Nkomo; “I no longer go home as often as some would expect because of all this. I quit the church after realising we were being forced to do all this simply so we could pleasure men.

“I felt we were being abused because our pastors were all male and they were the ones who came up with all these funny church rules.

“They did not even allow us to marry outside the denomination, they maintained that we had to marry from within.

“These men are the ones who demanded that all women be virgins, all of us have long labia.”

Although health experts agree that more research is needed on side effects of labia elongation, the practise of adding untested chemicals or herbs on women’s private parts has been linked with an increased risk to bacterial and yeast infections, pelvic inflammatory disease, cervical cancer, increased transmission of sexually transmitted diseases (STDs).

Dr. Masimba Ndoro told NewZimbabwe.com use of untested chemicals or herbs in labia elongation could injure a woman’s inner organs or worse cause cancer.

“Just like any other traditional herbs used by certain people for different ailments, these ones used to elongate the labia cannot be excluded on the list of those that pose a hazard to human health,” said Ndoro.

“I would not know the specific potential side effects but the vulva naturally cleans its self with the addition of clean water.

“Addition of non tested herbs can lead to related skin conditions around the region, from skin rashes to infection and eventually cancer. I suppose there is room to potentially injure the inner organs like the vagina and cervix.”

A spiral of silence on the matter and modernity has resulted in methods being conveyed between peers in other circles.

Fadzai Chihera said problems might arise where a girl is forced to lengthen her labia but gets married to someone who does not want them.

“I was not told about this by my mother, I assume she was too shy to speak about it. I got the information I have from a cousin sister.

“How are you going to get rid of them in that instance. I believe as women we have a right to say yes or no on things that have to do with our body. This is just abuse to an extent.”

Women’s rights organisation Katswe Sistahood said genital manipulation was all about choice while a lot of care had to go in deciding for minors whether they should undergo the process.

“We have issues around choice and someone being forced. It is a matter of saying this should not be forced on women.

“What is important is that whatever is done should be in the interest of the child. Introducing something to their labia might not be in their best interest. We always warn women not to use any herbs as this could increase their risk of contracting diseases of their sexual organ,” said Katswe Sistahood programmes manager Debra Mwase.

With no law barring the act, more girls will continue to fall prey to churches that preach the gospel of genital manipulation, to cultures that invest in men’s sexual pleasure, men who supposedly believe in it and women who like pawns are central to the abuse of their own. New Zimbabwe 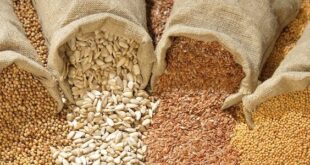 2,4mln People To Receive Food Aid From Government Until March

By Bindura Bureau About 2.4 million people in the country are currently receiving food aid …