In the face of crippling power shortages in Zimbabwe and neighbouring South Africa, an energy expert has challenged the country to invest in sustainable energy sources to ease the crisis.

Dr Kwabena Addo Pambour, an award-winning an expert in energy systems modelling and software development, believes distributed energy sources could offer Zimbabwe and other African countries a distinct advantage when building up their generation capacity, as they are cost-effective. Energy sources such as solar energy, wind energy, geothermal energy and tidal energy are widely considered to be sustainable.

Pambour, the Co-Founder and Managing Director of Germany-headquartered Encoord GmbH, said this to journalists at the 8th Africa Students & Youth Summit recently held in Morocco. His sentiments come at a time when the country is facing its worst power crisis with recurrent power cuts across the country.

“I think Africa has huge potential for renewable energy. In fact, Africa has the ability to supply the whole world with energy if we tap into the resources we have as a continent,” Pambour told The Star.

(adsbygoogle = window.adsbygoogle || []).push({});
Zimbabwe relies on South Africa for electricity. According to the International Energy Agency (IEA), South Africa’s electricity generation grew by 51 percent between 1990 and 2016. 82 percent of this growth came from centralised coal power plants, while nuclear power accounted for 8 percent of the growth, wind energy 4 percent, and solar photovoltaic energy only 3 percent. In total, wind and solar power only account for 2.5 percent of South Africa’s electricity sources.
Pambour is convinced there is need to upgrade infrastructure to ensure a smooth and constant electricity supply.

He said the challenge was not unique to Zimbabwe, but the majority of African nations. Interestingly, neighbouring countries Botswana, Mozambique and Zambia have depended on South Africa for power in recent years.

“When I hear that a country in Africa is importing primary energy from somewhere else, it sounds like a joke to me. It’s like someone sitting on gold and asking others to bring the gold to them. It’s ridiculous. The resources are there, we just need to tap into them. We need the experts and learn from them, incentivize innovation,” Pambour said.
He added that foreign investors were hesitant to invest in Africa because the persistent electricity problems.

Pambour said political leaders should encourage investment in renewable sources of energy and emulate countries like Morocco which injected over $9 billion into a major solar project.

Morocco pioneered solar energy technology by investing in Concentrated Solar Power (CSP) program in Middle East and North Africa (MENA) region. The move was part of the north African country’s plan to reduce its dependency on fossil fuels and reach the goal of 52% power generation from renewables by 2030. 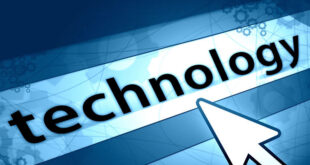