With sport slowly resuming around the world, it’s likely that Davis Cup matches will go ahead as scheduled, barring any unforeseen circumstances.

Zimbabwe host 39th ranked China on the weekend of September 18–20.

“We had a difficult draw in the Davis CUP to draw the number seed in our group but the good thing is we are playing at home and as you know it is extremely difficult for a country too come and play well here,” Lock said.

“It is a difficult environment to play with the crowd and obviously with the altitude it swings a lot in our favour. But China is a very good team and they a lot of good players I know they will be bringing in their full squad. We are really excited for the match and we have great chances to win that,” the 27-year-old star added.

Lock is confident that the tie which is at least three months away will go ahead as planned despite COVID-19 virus fears.

Lock who had a memorable start to the year winning his first ATP Challenger event at Launceston in February.

The tennis star is itching for the return to competitive tennis.

“I am really missing the tour. I am missing the travelling. We had a set schedule that we were set on playing at the beginning of the year and obvious that has been interrupted so it is quite tough to see all your favourite tournaments which you want to play disappear or be cancelled.

“Anyway, it is what it is and just very excited to start playing again, to start practising and I can’t wait to get back to competing and playing tournaments,” he said. 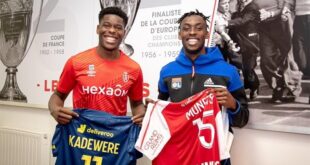