HE might have just made a paltry eight appearances for Belgian Pro League football side Anderlecht, scoring just one goal since his big move in July 2018, but Warriors captain Knowledge Musona is the fourth highest paid player at the Brussels club earning over US$1 million annually.

The 29-year-old Zimbabwe international hitman is set to finally end his nightmarish stint at Anderlecht after he was reportedly transfer-listed by the Belgian side’s new manager Franky Vercauteren last week.

This season, Musona was restricted to just one reserve team appearance for the record 34time Belgian league champions before sealing a loan switch to fellow Belgian top-flight side KAS Eupen during the January transfer window period in search of regular game time.

Musona flourished on loan at KAS Eupen, scoring two goals in six starts at his new club, before the season was halted by the coronavirus pandemic.

Although Anderlecht deemed Musona surplus to requirements, they’re still paying a chunk of his wages, which Standardsport can reveal amount to €950 000 (US $1 09623) gross per year excluding bonuses.

Musona, who is contracted to Anderlecht until July 2022, has already earned close to €2 million (US$2 191 766,29) despite not being given an opportunity to prove his worth at the club.

In effect, the Belgian Pro League club will continue to pay the former Kaizer Chiefs forward around €80 000 per month (US$87 670,65), until he finds a new club.

According to the Belgian newspaper Het Nieuwsblad, who last week compiled the list of the highest earners at Anderlecht, Musona is fourth on the club’s wage list.

Zimbabwe captain Musona is fourth on €950 000 per year while his former teammate at KV Oostende Antonio Milic is pocketing €840 000 annually despite having also struggled to make an impact at Anderlecht.

(adsbygoogle = window.adsbygoogle || []).push({});
The 26-year-old Croatian defender Milic joined Anderlecht from KV Oostende at the same time as Musona, but also struggled to get any game time at the club before completing a loan move to Spanish club Rayo Vallecano.

According to Belgian news outlet Voetbal24, the duo of Musona and Milic together with Kenny Saief, Kristal Abazaj, Aristote Nkaka, Trebel and Vranjes have been told to find new clubs ahead of the new season after consultation with technical staff.

Musona’s South Africa-based agent Mike Makaab of Prosport International has admitted that his client could be on his way out of the Brussels club despite having not received official communication from Anderlecht.

“No, we haven’t received any official announcement that he has been transfer-listed. But listen, it is clear that he does not feature in the new coach’s (Vercauteren) plans and the philosophy of the club,” Makaab said.

“The philosophy of the club is to promote young players through their development system. Knowledge had done really well at Eupen, though he only played six games before the league was suspended and then ended. In that time, he scored two goals and got two assists. “We are basically going to sit with Anderlecht to map the way forward for him.”

Musona, who still has two years left on his contract with the Belgian outfit, recently hinted that he could make his move to KAS Eupen permanent at the conclusion of the Belgian Pro League, which was recently cut short and declared over due to the coronavirus pandemic.

“Yes, it’s just a loan until the end of the season. But we never know,” Musona told the Belgian newspaper L’Avenir Sport recently.

He added: “The two clubs could sit at the table and discuss a transfer. In football, you never know what can and cannot happen. It all starts with the effort we put on the field. Afterwards, the decision is made in the offices. We’ll see…”

Musona has been playing in Europe since 2011 when he left Chiefs to join Hoffenheim in the German Bundesliga.

The Zimbabwean has also played for FC Augsburg in the Bundesliga as well as Belgian sides KV Oostende and KSC Lokeren. 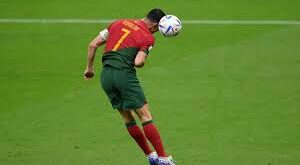