Nhau visited three different branches in Harare and witnessed those opting to pay with the greenback being turned away from the till points.

An insider who preferred anonymity said their manager relayed the information to them before start of business following a circular dispatched to all branches from the head office.

“Yes we had a meeting with the branch manager before start of business and we were instructed not to accept United States dollars from the customers. A circular was dispatched to all branches from headquarters last night,” he said.

The employee also stated that those with foreign currency had to deposit it at their in-shop bureau de change, where funds would be transferred to their bank accounts rated at the prevailing Reserve Bank of Zimbabwe exchange rate or be given hard cash in Zimbabwe dollars.

Efforts to get a comment from OK Zimbabwe group chief executive officer Maxen Karombo were fruitless before going for publication.

This latest development targets economic agents that abuse the Banking and Use Promotion Act (24:24) as well as the Foreign Exchange Act (22:05).

The statute states that businesses that do not accept Zimbabwe dollars (ZW$) at the official exchange rate for goods and or services priced in United States dollars (USD) may face a maximum fine of ZW$50,000. Nhau/Indaba 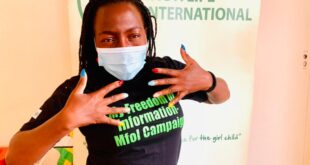 Hwange residents have applauded the Freedom of Information Act, saying it marks the beginning of …