SuperSport United chief executive Stan Matthews has responded to rumours linking Zimbabwean forward Evans Rusike with a move away from the club.

“There are no player movements for us in this window,” said Matthews as quoted by KickOff

Rusike has been linked with moves to Maritzburg United and Amazulu.

There have been reports that out-of-favour Rusike is one of the most-wanted players on Maritzburg coach Ernst Middendorp’s radar as he looks to save the club from relegation.

On why Rusike has failed to get enough game time, Matthews said the player is just coming from injury.

He also said they have other players sidelined and cannot afford to release any player this transfer window.

“Evans has just come back from injury and started playing and we have many injuries like [Guily] Manziba and [Iqraam] Rayners, so we can’t sell him now,” he said.

Rusike has not had a good spell at Matsatsantsa and has been struggling to produce the performances that saw him earn a move to the club in the first place.

There was talk that the Zimbabwe international striker was one of the players who could be released during the current transfer window. Nhau/Indaba 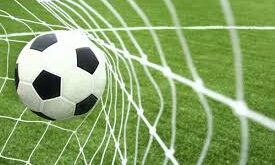