And in convincing fashion, the Zimbabwean strolled to a one-stroke lead on the first day of the US$1.5 million (S$2.1 m) Asian Tour’s International Series Singapore at Tanah Merah Country Club’s Tampines course.

Teeing off from the 10th tee on Thursday (Aug 11), shaggy-haired Vincent quickly made a big impression with a birdie on the 547-metre par-five enroute to an eight-under 64 that placed him ahead of “three-peat” Malaysian Gavin Green, who birdied his last three holes.

Feeling over the moon, Vincent, the winner of the International Series in England last May, said: “It was a great day, just got off to a really nice start and then the momentum just kept going.”

And the birdie train continued on the 13th , 16th , 18th , first, third, fifth and eighth holes in an unblemished run that equalled the best-ever score on preferred lie by Singapore’s Gregory Foo.

However, the course record of 66 is shared by Thailand’s Rattanon Wannasrichan and Ratchanon Chantananuwat set in The Singapore International last January.

A beaming Vincent added: “I am just out here trying to be a little better each day. Today was a really good day, a lot of things went my way, a lot of putts went in, so it was a good challenge trying to stay present and stay in the moment and enjoy each stage and not get too far ahead.”

Vincent also provided some excitement on the 158-metre par-three sixth when his tee shot hit flightmate Sihwan Kim’s ball and veered away, leaving many fans to utter that this could have been another birdie for the delighted Harare ace golfer.

But Vincent looked at it differently. He said: “Sihwan hit a shot to about three feet. My shot came in and pitched on his ball and then kicked it all the way back (about 30 feet). I was fortunate to walk away with a par there.”

While Vincent, 30, was creating drama in his morning round, in the opposite half of the course his younger brother Kieran, 24, was building up heroics with immaculate play.

With birdies on the seventh, 10th , 12th and 13th holes, Kieran, who turned pro this year, shone with a 68 to be placed joint-ninth.

On Kieran, Vincent heaped praise by saying: “He is a great player, I have no doubt he will do something really special with his golf. Whether it is here or down the road, it is good to see him playing well because he is very capable.”

Vincent’s flightmate, American Sihwan Kim, the Asian Tour’s Order of Merit leader with US$517,858, also provided bravado when he bounced back from a four-over first nine with a five-under second nine, laced with an eagle and three birdies for a 71 and in joint-44th place.

On a day of surprises tournament favourite Patrick Reed, the 2018 US Masters champion, and South Korean Kim Bi-o, second-placed in the Order of Merit, suffered putting woes. Both players shot 73 to be on tied-78th . 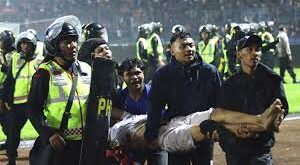