The Zimbabwe Youth Council (ZYC) has called for the media to robustly cover all the activities fostered by the youths across all sectors of the economy in order to achieve an upper middle class economy by the year 2030.

ZYC acting director Brian Nyagwande said this during a luncheon dubbed “building meaningful relationships” in preparation for the official opening of the Junior Parliament and commemoration of the African Child by President Mnangagwa next week.

‘’l know without a shadow of doubt, the importance of the media fraternity when it comes to community development in the youth fraternity. We cannot talk of meaningful and sustainable development without media practitioners.”

‘’We take pride  and stand in solidarity with young people who are doing their best to ensure that Zimbabwe becomes an upper middle class economy by the year 2030 .We have outstanding youths in all sectors …,’’ said Nyangwende .

Facilitating the event, Lawrence Zwangobani confessed youths were not getting enough coverage by the media when they seem to be doing so much for the youths in Zimbabwe.

Meanwhile, Nyagwande called for the government to consider promulgating a Youth Act which is aligned to provisions of the Constitution in order to empower young people in the various projects they undertake so as to improve the economy.

“Section 20 of our Constitution provides the right framework for youth inclusion and we continue to support the process of ensuring that we have a Youth Act that is aligned to the tenants of the Constitution. We call for support from you fellow comrades in the Fourth estate (Media) in amplifying …young people who are defying all odds.”

Nyagwande cited that as an organisation they were worried by the increasing number of youths who are abusing drugs and intoxicating substances as well as child marriages, describing the issues as deplorable. Nhau/Indaba 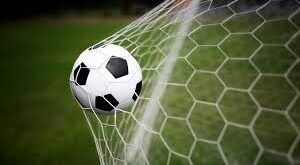