108 Cops Seconded To The NPA To Be Redeployed

The Zimbabwe Republic Police is set to redeploy 108 police officers who had been performing prosecutorial duties at all the country’s courts assisting the National Prosecuting Authority (NPA), Nhau has learnt.

This follows the lapse of the 19 February deadline set by the Constitutional Court in judgment number CCZ1/19 which ordered the disengagement of police officers and other members of the security sector from performing prosecution duties at the NPA.

“Officers commanding provinces are therefore directed to post members to stations/crime offices within their provinces where members shall perform crime related duties. Thereafter, commanders shall advice this headquarters through a return signal stations where members would have been posted.”

A fortnight ago, Prosecutor-General Kumbirai Hodzi said the NPA was grateful for the services they were offered by the security services in their prosecutorial department.

“The PG’s Office is in full compliance with the court ruling. It has been so for months now,” said Hodzi.

“The PG wishes to express his deep gratitude and appreciation to all the seconded staff for their service to the NPA,” he said. Nhau/Indaba 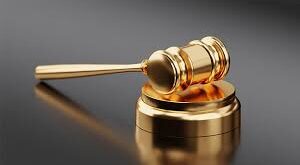