PARLIAMENT is pushing for the imposition of mandatory sentences for rapists among other sexual offenders including those involved in child marriages as statistics show that 22 women and girls are raped daily.

The 16 Days of Activism Against GBV is commemorated annually from November 25 to December 10 globally in a bid to rededicate efforts towards ending violence against women and the girl child.

Zimbabwe is commemorating the 16 days while facing the stark reality of the abuse of women and the girl child.

This has been evidenced by the sexual abuse of a nine-year-old girl from Tsholotsho in Matabeleland North who recently gave birth at the United Bulawayo Hospitals (UBH). As the nation was yet to get to terms with the minor’s sexual abuse, an eight-year-old girl from Bindura, Mashonaland Central was also abused and impregnated.

Sen Chinomona said despite the country having strong legal instruments to protect women and the girl child from abuse, GBV cases are still very high.  She said legislation such as the Termination of Pregnancy Act, The Criminal Law (Codification and Reform) Act, Children’s Act Married Persons Property Act, Deceased Estates Succession Act and Administration of Estates Act, Administration of Estates Act, Guardianship of Minors Act and Maintenance Act are all designed to protect women and the girl child rights.

“It is important to realise that violence against women is multi-faced as it relates to social, economic, cultural and political rights, physical abuse, sexual abuse, access to justice, among other things…All the same more still needs to be done in terms of mandatory sentences relating to child marriages and cases of sexual offences and rape,” she said.

Sen Chinomona said some of the laws include the Domestic Violence Act of 2007 which provides relief for victims of domestic violence and criminalises issues such as forced virginity testing, female genital mutilation and offering women for the purposes of appeasing spirits.

“Similarly, in Zimbabwe, crime data from the Zimbabwe National Statistics Agency (Zimstat), compiled from police records, shows a 74 percent increase in rape cases between 2010 and 2018. This translates to 22 women being raped daily, that one woman is abused every 75 minutes and an average of 646 women are being sexually abused monthly,” Sen Chinomona.

She said the situation worsened during the peak of the Covid-19 pandemic-induced lockdown in the country in 2020 where Musasa Project recorded 6 800 GBV related calls from the end of March to December 31 2020.

Sen Chinomona said 94 percent of the calls were from women proving that they were the most victims of domestic violence.

She said there is a need for more GBV victims to open up on abuse cases for justice to be delivered.

“It is needless to mention that access to justice is important if GBV is to be eradicated. However, sexual and domestic violence offences are often committed in private and without reliable witnesses. The lack of evidence and stigma hampers justice delivery and demotivates victims to report,” she said.

Sen Chinomona said it is disturbing that children are being turned into mothers while some of them are dying in the process of delivering babies.

She said children’s rights are violated through child marriages which leads to rape.

Sen Chinomona said Government and development partners such as the United Nations have condemned the abuse of the girl child as was witnessed when a 14-year-old girl died at an apostolic sect shrine in Marange, Manicaland province.

“Yet, that did not mark the end of similar preventable deaths. In October 2022, reports in the media revealed the death of another minor girl in Bikita, Masvingo province, while giving birth at a church shrine again.

I know you are alive to early November 2022 reports of a nine-year-old girl who was raped got pregnant and delivered through caesarean section at United Bulawayo Hospitals,” said Sen Chinomona.

“Most recently, yet another 8-year-old girl got pregnant after being raped. She has since been admitted to Bindura Provincial Hospital. She is the youngest known expecting mum in Zimbabwe’s history. The list is endless.”

She said it is everyone’s responsibility to contribute towards ending violence against women and the girl child.

Sen Chinomona said while the 16 days run until December 10, it should be an everyday culture to contribute towards ending GBV.

“Let us all together, men and women, boys and girls, show support and solidarity to end the scourge of GBV in our communities. Given the serious rise in gender-based violence around the world, this year’s 16 Days of Activism against GBV is more important than ever before,” she said.

“While the campaign against GBV should run 24/7, 365 days, this meeting and the 16 days of the campaign are very important. As we gather, to dialogue and rededicate our commitments to end GBV, let us also take this opportunity to express solidarity with victims, strategise and combine efforts towards protecting women and girls from violence.” Chronicle 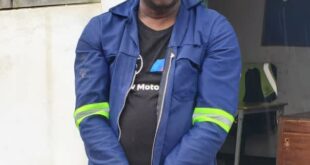 A Harare man, Nyasha Eusen, who was being held on allegations of killing one Nyarai …