In a recent trading update for the period ended June 30 2021, Afdis company secretary, Lydiah Mutamuko said the company registered a volume growth of 56% for the quarter over the same period last year owing to improved access to the market.

“Spirit volume grew by 17% over prior year benefiting from the good performance of brown spirits. Widespread market acceptance of the newly introduced Gold Blend Number 9 contributed to this growth.

“The business however, continued to witness the influx of cheap and illicit spirits in small packs from several producers in the market. Wines and Ready to Drink (RTD) volumes grew 113% and 116% respectively, riding on improved availability in the quarter,” she said.

Revenue for the first quarter increased by 38% in inflation adjusted terms, whilst in historic terms it grew by 228% attributed to firm demand for the company’s products which resulted in higher volumes.

“The trading environment for the quarter under review was relatively stable. The availability of foreign currency generated from trading enabled the Company to meet its current obligations,” said Mutamuko.

Revenue for the first quarter increased by 38% in inflation adjusted terms, whilst in historic terms it grew by 228%. Revenue growth was due to firm demand for the company’s products which resulted in higher volumes. 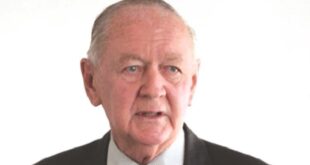 Eddie Cross Reveals Why He Didn’t Support Chamisa, Says Tsvangirai Did Not Do A Great Job As PM