Agritex officials in Mashonaland Central province will remain on high alert to thwart the resurgence of army worms which recently affected Mbire District, Nhau/Indaba has heard.

The recent outbreak affected 184 hectares of maize and 228 of sorghum in the district leaving 286 farmers counting their losses according to Agritex Provincial Director Misheck Chitokomere.

Chitokomere said that the department is in the process of procuring chemicals which will be availed to all districts in the province in a bid to curb any crop disease outbreak.

“Mbire district was recently affected by an army worm outbreak that left 286 farmers, 184 hectares of maize and 228 sorghum affected.

“However, the control measures we put in place were quite successful as the crops affected will recover,” he said.

As of Monday, the department was yet to receive any reports of an outbreak after implementing the measures.

He encouraged to quickly report suspected cases of any crop diseases and stated that they were training their staff and farmers to be able to detect diseases.

“Staff and farmers training for identification of the African army worm is in progress as I speak,” he said. Nhau/Indaba 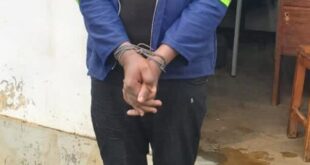