People who frequent bars and night clubs begging for beer must be chased away and if they resist the outlet’s order, the police can be called to forcibly remove them, and this is just one of the raft of laws set up to control bars and public drinking.

In the event that those soliciting free beer fail to cooperate, such characters are charged for a defined criminal offence that prescribes imprisonment of up to 12 months.

The law has always been there, but police officers have not been enforcing it much, a development that saw what are known as beer poachers disturbing patrons’ peace at beer outlets.

In most high density suburbs, beer poachers are known characters, who frequent bars and bottle stores without any money, but seeking to solicit beer.

Section 79(1)(3) of the Liquor Act empowers the outlet managers or staffers to order the beer poachers off the premises. It stipulates that:

The same law empowers the beer outlets to refuse to serve beer to someone who is already visibly drunk and allows them to order the violent and quarrelsome off the premises.

In terms of the Criminal Law Codification and Reform Act, those who defy police orders to vacate the beer outlets can be charged for disorderly conduct, an offence which attracts a prison term of up to 12 months.

Legal experts debated the relevance of the law, with some describing it as archaic.

A Harare lawyer who spoke on condition of anonymity said those who do not have money for beer should not be allowed to disturb patrons.

Soliciting for beer is an old misdemeanour known not only by the colonial regime, but even in traditional circles.

The prohibited conduct is unlike being a beggar who out of necessity is not accused of any crime because neighbourliness dictates that people help the needy.

On the contrary, an indigent fellow citizen benefits nothing from getting drunk.

“So, the offence creating provision is not only good to inhibit public nuisance, but largely protects the offender from harassing fellow imbibers while perpetuating his own poverty,” said the lawyer. “Those who love drinking must work hard to enjoy drinks rather than canvassing for beer.”

“I think the provision is archaic and paternalistic and it’s purpose is not clear,” she said.

“How would you go about knowing about somebody’s drinking habits unless you follow them around?”
While the problem mostly affects bars in the high density suburbs, some city clubs and bars have introduced measures to ensure that only serious patrons enter their premises.

Some clubs have introduced entry fees to ensure that people who enter can at least afford to buy one or two drinks.

Pablos Sports Bar representative Mr Lyndon Kapuya supported the law, although he said their club had no problems of beer poachers.

“The law remains relevant because those who come to solicit for beer may make patrons uncomfortable,” he said. “Some bars and clubs complain of such characters, but at Pablos we are so fortunate because our patrons have not yet complained of solicitors.”

The Liquor Act prohibits the sale of liquor to drunk people. Licensed premises where liquor is sold are empowered to turn away or eject from their premises people who are visibly drunk or who are violent, quarrelsome or offensive.

Bar managers and employees have a duty to sell liquor to patrons who can still handle their drink.
It is irresponsible to sell or continue selling alcohol to people who have clearly reached their limits. This preserves the integrity of the drinking place and the other patrons.

Licensed premises where alcohol is consumed operate within strict guidelines and times which must be adhered to.

Section 80 prohibits the consumption of alcohol later than 30 minutes after the stipulated closing time, to allow enough time to finish the last drink ordered before closing time.

The selling outlet must give sufficient warning to patrons of their intention to stop selling liquor and to close.

Selling alcohol beyond the allowed time stated in their liquor licence is an offence. Outlets in breach risk penalties such as suspension or cancellation of their licences.

The law also prohibits selling liquor to children and children are not permitted to enter licensed premises in which alcohol is sold. That is in terms of Section 84 of the Liquor Act.

The adults facilitating any such prohibited conduct by minors are liable for prosecution.

According to the same Act, no beer should be given for free. All liquor should be sold unless it is done within reason for promotions such as sampling or prizes.

Similarly credit sales of alcohol are strictly prohibited in terms of Section 81. The sale of alcohol other than for immediate payment is prohibited. Herald 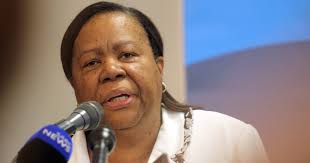 ZEP Crisis: Zim Ready To Receive Citizens Back From SA