A 12-YEAR-OLD boy from Bulawayo’s Pumula South suburb last week hanged himself while on his way to school.
The boy, identified as Owami Mabhena, was going to school with his nine-year-old brother when he committed suicide
“On April 26 at 8am, the boy from Pumula South and his younger brother, a male juvenile aged nine years, left home going to school,” Bulawayo police spokesperson Inspector Abednico Ncube said.
“Upon arrival at a bushy area near Good Hope Private College, Pumula, the now-deceased removed his school uniform and put on civilian attire and afterwards hanged himself.”
He said after the younger brother had walked for a few metres and realised that his brother was not following, he returned to find him hanging from a tree branch. Police said the boy used a belt that was stripped from his school bag to commit suicide. BULAWAYO 24 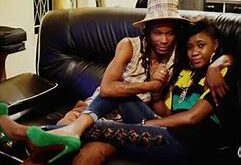