Stella is reported to have died this morning during her sleep.

This is according to her son Green who broke the news to Harare tabloid, H-Metro.

Her deaths comes just seven months after the passing on of her husband.

Their wedding made history after filling Rufaro stadium on August 25, 1979. 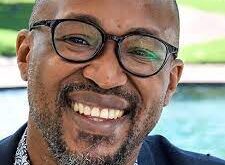 I Want To Win Album Of The Year At The Namas: Carl Joshua Ncube

He has been widely known as a comedian, celebrity chef, curator and coach but how …