While government continues to re-assure the nation that it has the Covid-19 situation in the education sector under control, infections continue to escalate at the country’s learning institutions.

The outbreak of the pandemic has been on the rise mostly at boarding schools in the past weeks with the latest positive detection being 145 learners at St Davids Bonda Girls School in Manicaland.

Embakwe High School in Plumtree, also recorded 91 positive cases despite government’s announcement that it had a strong Covid-19 surveillance system put in place.

Addressing the media after yesterday’s post-Cabinet briefing, Minister of Information, Publicity and Broadcasting Services, Monica Mutsvangwa stated that despite the numbers there was no need to panic as detected cases were mild and asymptomatic.

“Cabinet was informed that on April 16, 2021 more outbreaks were reported at two boarding schools, namely: at St. Davids Bonda Girls School, in Manicaland and Embakwe High School in Plumtree. 145 and 91 learners tested positive, respectively.  Government would like to re-assure the nation that the situation is under control and all the cases are mild and asymptomatic.”

Last week teacher unions expressed that government needed to re-think on its decision to open schools, citing that it had been misled by the Education ministry to reach such a conclusion.

“The ministry misled the Cabinet into recommending the opening of schools prematurely.  Lies have short legs as shown by a quantum leap of Covid-19 cases in schools since last month.”

As of yesterday the country’s national recovery rate stood at 92.9 percent with 1 360 recorded active cases. 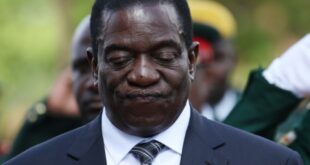