Divine Lunga has been included in the Warriors’ preliminary squad for the upcoming World Cup qualifiers after the defender ironed out his issues with coach Zdravko Logarusic.

The Golden Arrows left-back fell out with the trainer after he made a last-minute withdrawal from the Afcon Qualifiers squad against Botswana and Zambia in March.

Lunga claimed that he was injured and would not be able to play but he featured for his team during the weekend preceding the international window.

This infuriated Logarusic who in turn accused, without stating the name, some players for lacking commitment to the national team.

“Players like Knowledge Musona and Victor Kamhuka travelled thousands of miles to come for national duty, but some players in South Africa refused to come because they don’t have the country at heart,” the Croat told the reporters after the team’s successful trip in Botswana.

But the Arrows man hit back with a cryptic message on Facebook which he later deleted.

He said: “My father, noma yini. No retreat no surrender, You can’t bury a seed, a seed will always grow back.”

But after all the drama, both parties are now on good terms heading into the crucial opening games of the World Cup Group G qualifying campaign in June.

The Warriors will first play Bafana Bafana at home before travelling to Ethiopia a few days later. Soccer24 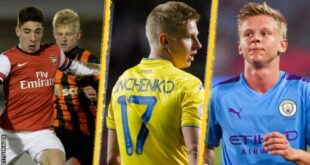