DJ Fantan Arrested As Wife Says She Has ‘Suffered Enough’

newsroom 2 weeks ago Courts and Crime, Entertainment Leave a comment

Wife says music producer beat her and locked her in house

HARARE – Music producer DJ Fantan was arrested on Tuesday after his wife told police he beat her and locked her up at their home.

Police spokesman Assistant Commissioner Paul Nyathi said: “DJ Fantan has been arrested for domestic violence and is in police custody.”

“I’ve suffered enough at the hands of this man,” she told H-Metro. “He has been assaulting me, abusing me and destroying our property. I think it’s high time justice takes its course. I want him to be stopped from abusing me.”

“My family and I are safe,” he wrote, without addressing the domestic abuse allegations.

Nemukunyu claimed DJ Fantan did not want her to “do my own things.”

“To him I should be a housewife only, responsible for household chores. This is despite the fact that he doesn’t give me money. I’ve suffered emotional and economic abuse. So, when I challenge all this, he becomes violent, abusing me and destroying property.”

DJ Fantan was previously arrested in January 2021 after hosting an illegal New Year’s Eve party in breach of Covid-19 regulations. He was jailed for 12 months but the sentence was reduced to three months by the High Court, with an option to pay a Z$2,000 fine which he took. ZimLive

By MazzeltovExtroverts and music lovers, rejoice, the weekend is packed with top-tier events – from … 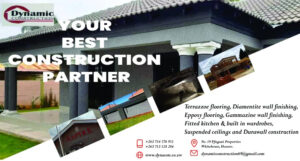