A lot of young upcoming artists are facing financial problems in order to make it in the music industry, a challenge which has set back their talents, Nhau has learnt.

Their talent and vision are visible but the issue is on finances as they are failing to acquire enough money to produce, buy musical instruments, or even make videos for their songs so that they can become visible world over.

“As a musician I am facing financial challenges. Sometimes I can’t even afford studio fees hence I end up not recording and I also don’t have the equipment to make quality music.”

Another Zimdancehall artist from Kwekwe, Tanaka William popularly known as Pafeya Wedeya confirmed that lack of sponsorship is affecting him for he is failing to produce as much as he would have done if he had back up in terms of finances.

“This financial problem is drawing me back because my wishes were to have an album released this year but from the look of things so far, I am failing to acquire the money which is very painful because i have the opportunity to do the music, but money has been a great challenge for me.”

The issue of finances has become a great challenge for the young artists.

They even take their memories back to the late Mtukudzi’s days when he used to help the rising artists in different ways like funding, making them perform at Pakare Paye and even collaborate with him sometimes, all in a bid to support them.

“Most of the challenges I am facing involve funding. As an independent artist you have to pay for everything yourself. Studio sessions, cover art, music videos etcetera all need to be financed.

“It is also hard to get air play on radio stations because some DJs actually want to be paid for them to play your songs or just interview you,” said Afro-pop, Hip-hop and R ‘n’ B artists Takudzwa Mashingaidze popularly known as Cliq Liuceed from Gweru.

In order for music to keep growing more artists are needed, but for them to work and produce good music that can change and improve the entertainment sector of the country, money and support is needed.

Another artist from Norton, Blessing Mpukuta popularly known as Stoech said, “The problem I can say I am facing in the music industry is about visuals, I haven’t been able to make many videos. I only have one which is called ‘Dang’ which will be released soon.” Nhau/Indaba 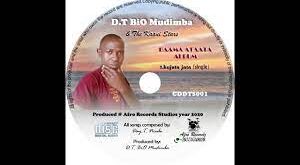 Before January this year, very few would turn their heads at the mentioning of the …