Guinean special forces seized power in a coup, arrested the president, and promised to change the political makeup of the West African country.

The new military leaders announced a nationwide curfew “until further notice”, saying it would convene President Alpha Conde’s cabinet ministers and other senior politicians at 11am (11:00 GMT) on Monday.

“Any refusal to attend will be considered a rebellion,” the commandos said in a statement.

Uneasy calm returned to the streets of Guinea’s capital Conakry on Monday, as its citizens awaited the announcement of a new government.

Light traffic resumed and some shops reopened around the main administrative district of Kaloum in the capital Conakry, which witnessed heavy gunfire throughout Sunday as the special forces battled soldiers loyal to Conde.

In a video, the putschists showed Conde sitting on a sofa surrounded by troops. The 83-year-old leader refused to answer a question from one soldier about whether he had been mistreated.

The nation of 13 million people – one of the world’s poorest countries despite boasting significant mineral resources – has long been beset by political instability.

One Western diplomat in Conakry, who declined to be named, suggested the unrest may have started after the dismissal of a senior commander in the special forces – provoking some of its highly trained members to rebel.

Youssouf Bah, a journalist based in Conakry, said members of the special forces told him: “This is not a military coup. We are here to free the people.”

Bah noted there were celebrations among the people in many neighbourhoods in the capital, and a noticeable absence of military patrols on the streets.

“There came a time when Guineans were asking for change, most Guineans asked for change. So this is exactly what has happened,” Bah told Al Jazeera.

In neighboring Senegal, which has a large diaspora of Guineans who opposed Conde, news of his political demise was met with relief.

“President Alpha Conde deserves to be deposed. He stubbornly tried to run for a third term when he had no right to do so,” said Malick Diallo, a young Guinean shopkeeper in the suburbs of Dakar.

“We know that a coup d’etat is not good,” said Mamadou Saliou Diallo, another Guinean living in Senegal. “A president must be elected by democratic vote. But we have no choice. We have a president who is too old, who no longer makes Guineans dream, and who does not want to leave power.”

Marie-Roger Biloa, from the Africa International Media Group, said the security forces in Guinea were divided, but the elite unit was “clearly the one leading the game” now.

Russia on Monday called for the immediate release of Conde.

“Moscow opposes any attempt at unconstitutional change of leadership,” the foreign ministry said in a statement. “We demand the release of Mr Conde and a guarantee of his immunity. We consider it necessary to return the situation in Guinea to constitutional norms as soon as possible.”

The US State Department denounced the coup d’etat and warned it could “limit” Washington’s ability to support Guinea. “The United States condemns today’s events in Conakry,” it said in a statement.

“These actions could limit the ability of the United States and Guinea’s other international partners to support the country as it navigates a path toward national unity and a brighter future for the Guinean people.”

The chairman of the African Union, DR Congo President Felix Tshisekedi, and the head of its executive body, former Chadian Prime Minister Moussa Faki Mahamat, also decried the move, calling for Conde to be freed.

European Union foreign policy chief Josep Borrell demanded “respect for the state of law, the interests of peace and the wellbeing of the Guinean people”.

The day before the presidential election last year, the military blocked access to Kaloum after an alleged military rebellion east of the capital.

‘Death To The Torturers’

News of the coup sparked celebrations in some parts of the capital, where hundreds of people applauded the soldiers.

“We are proud of the special forces,” said one demonstrator who requested anonymity. “Death to the torturers and to the murderers of our youth.”

The most recent presidential poll in Guinea, in October 2020, was marred by violence and accusations of electoral fraud.

Conde won a controversial third term, but only after pushing through a new constitution in March 2020 allowing him to sidestep the country’s two-term limit.

Dozens of people were killed during demonstrations against a third term for Conde, often in clashes with security forces. Hundreds more were arrested.

Conde was proclaimed president on November 7 last year – despite his main challenger Cellou Dalein Diallo and other opposition figures denouncing the election as a sham.

The government cracked down, arresting several prominent opposition members for their alleged role in abetting electoral violence in the country.

Conde, a former opposition leader himself who was at one point imprisoned and sentenced to death, became Guinea’s first democratically elected leader in 2010, winning re-election in 2015.

He survived an assassination attempt in 2011. In recent years, however, he has been accused of drifting into authoritarianism. Al Jazeera 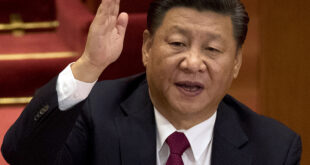 US Accused Of Plotting To Discredit Chinese Investments In Zim

The Bureau of Democracy, Human Rights, and Labor of the U.S. Department of State is …