Matanga said the decision to overlook the lack of liberation war credentials focusing on one’s contributions to the country was encouraging to young people.

“Its encouraging that a young person’s contributions earned him a spot among the gallant heroes of Zimbabwe. This is really a major boost to young people and to local art,” he said.

Soul Jah Love becomes the fourth musician to be awarded a hero status while he is the youngest to earn the recognition in the history of Zimbabwe.

His body will tonight lie in state at his Msasa Park home before burial at Warren Hills tomorrow morning.

“He was a Zimbabwean equivalent to Vybez Kartel and a hip-hop equivalent of Eminem and BIG. His immense contributions make him an inspiration to many,” said Matanga.

“His name shall be remembered long after his burial and his art will continue to inspire young people.” Nhau/Indaba 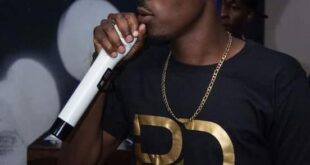