A man who posed as a woman during a 16-month marriage was exposed after putting a man-of-the-match performance in a women’s football match.

Morris Muchena lived with Andrew Chafa as husband and wife in Honde Valley, a picturesque rural part of Manicaland province. Muchena was known to her in-laws as Emily Muswere allegedly from Murehwa.

His mother-in-law said she regularly teased him about his masculinity, but he blind-sighted her with a “perfect execution of household chores,” the Manica Post reported.

“The nibble-footed Muchena mesmerised football fans with his moves and dexterity. With all the spotlight beamed on him, his childhood peers identified him and let the cat out of the bag,” the Post reported.

When confronted, Muchena – who played with a wig on – allegedly told stunned villagers that he was a member of a satanic cult which gave him powers to change into a woman during the night in order to satisfy his “husband” in bed.

Police do not believe his story, however. Instead they are investigating both men on public morality offences and engaging in a same sex marriage which is prohibited under Zimbabwean law.

“It appears as though they were consenting parties in a homosexual relationship,” Inspector Nobert Muzondo of Manicaland police said.

Muzondo did not say what charges the men are facing, adding that investigations were in progress.

A witness who was at the football match said: “We challenged him to remove his wig, but he refused. He said if he removed it he would disappear for 24 hours. We were frightened and waited for his husband, Andrew, to come.

“When Andrew arrived, he was shocked. He said he had not realised that he was sharing the same bed with a man. Andrew said it was the end of their marriage.”

Village head Madzinga, real name Webster Mhuru, said: “This is an abomination. Andrew got married to ‘Emily’ around November 2020. His family came to me and announced that they were welcoming a new bride into their home.

“I gave them the nod to proceed with the bride welcoming ceremony. I did not attend the ceremony, but I heard the celebrations went on very well. However, some questioned the new bride’s sex. Murmurs of disapproval were coming from around the village, but there was no way to prove if ‘Emily’ was a man or a woman.

“The recent soccer match exposed him.”

The village heard said when Muchena’s relatives heard he had been seen at a football match they approached him.

“They asked to be led to the Chafa homestead to meet Muchena but I sent people to summon him to my homestead. When he came, dressed like a woman, he denied knowing his two relatives. However, after being interrogated, he later confessed that he is a man,” said Madzinga.

Muchena was reportedly a teacher in Harare but stopped going to work around the time he got married.

Chafa’s mother Irene Bendere said: “We were so happy when my son brought in his wife. We didn’t know that ‘Emily’ was a man for more than a year. However, I would often quiz my son about his wife’s masculinity. At times, I would even tease ‘Emily’ about her physical stature.”

“My son says Morris would refuse to be caressed, claiming that he would contract cancer. He had no boobs and would wear padded bras,” Bendere said. ZimLive

Previous Mudzi Artisanal Miner Buried Alive In Mine Shaft
Next Exclusive: Army Recruits Asked For Opinion About Chamisa As President 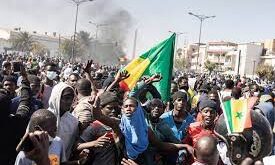