Now That Ruto Is Kenya’s President-Elect, What Happens Next?

William Samoei Arap Ruto, deputy president of Kenya since 2013, has been declared winner of a keenly contested election in East Africa’s powerhouse.

Ruto won the election by a narrow margin, garnering 50.49 percent of the votes to his closest challenger Raila Odinga’s 48.85 percent.

“I stand before you despite intimidation and harassment,” Wafula Chebukati, chairperson of the Independent Electoral and Boundaries Commission (IEBC) said early Monday evening. “I have done my duty according to the laws of the land.”

“In accordance with the law, I … hereby declare that Ruto William Samoei has been duly elected as the president.”

Chebukati’s announcement came within an hour after his deputy Juliana Cherera led three other commissioners out of the tallying centre to proclaim their dissent elsewhere in Nairobi.

“We are not at Bomas [tallying centre] because we cannot take ownership of the results that are going to be announced,” Cherera said at a press conference before the results were made public, giving no further details.

What Have The Official Reactions Been?

How Have Supporters Reacted? 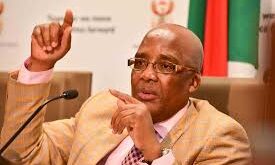