HARARE – A World Health Organisation employee was killed in a frenzied knife attack at his Mt Pleasant home in Harare on Saturday, police said.

Eritrean national Daniel Fussum, 53, was stabbed at least four times. His Dutch wife, Jordanos Zerom, 50, is battling for life at a Harare hospital with more than a dozen stab wounds.

Police are holding the couple’s 23-year-old son Daniel Niyata Fussum over the incident.

Police said shortly after their return the two men quarrelled, it is not clear why, before Niyata allegedly armed himself with a kitchen knife and chased after his father.

“The accused caught up with the deceased and stabbed him with a kitchen knife twice on the chest, once on the stomach and once on the left arm and he fell down on the driveway,” a police statement said.

Police said Zerom, who was in the bedroom, ran outside after hearing the commotion and she too was stabbed several times.

She was transported to Health Point Hospital in Borrowdale unconscious.

Police said the couple’s employees including a guard and a gardener tried to intervene but Niyata threatened them with the knife.

Neighbours called police who disarmed and arrested Niyata, who was still at the scene.

Investigators are still puzzled over the motive for the murder. Niyata was reportedly “hallucinating” during police interviews.

Fussum worked for the United Nations agency, the World Health Organisation, based in Harare. ZimLive 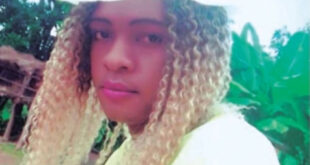