The area around Koffman Shops, better known as Kwa Matute, and nearby places such as the infamous Matererini and Matapi Flats, were continuously bombarded with teargas on Wednesday as the Zimbabwe Republic Police (ZRP) launched a pre-emptive strike against ghetto youths itching and congregate mourn Zim dancehall star Soul Jah Love who died on Tuesday.

Several people who run tuck-shops and other informal businesses around the area told Nhau that the kind of teargas that was used yesterday was much stronger and lasted much longer than the usual canisters police use.

Later in the evening, police also dispersed mourners who were gathered outside Soul Jah Love’s Msasa home after complaints from neighbours.

With Covid-19 now ruled out as a cause of death – the funeral is now set to be conducted under a more relaxed and permissive atmosphere.

Authorities, however, have to ensure that numbers are strictly kept at 30 in line with Covid-19 regulations.

Law enforcement is likely to have its hands full come burial day, which has been provisionally set for Friday or Saturday in Harare as thousands of Soul Jah Love’s young fans have vowed to attend the burial at all costs.

According to a family spokesperson, a decision is yet to be made on whether Sauro’s remains will be interred at Warren Hills cemetery, where his parents are buried, or Glen Forest. Nhau/Indaba 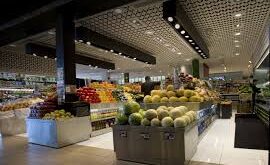