‘We Will Fight From The First Minute’: Musona

Warriors’ captain, Knowledge Musona, returns for his first World Cup qualifier in eight years with a challenge to his troops to push for a victory in their Limpopo Derby showdown this afternoon.

The 2022 World Cup Group G qualifier gets underway at 3pm at the National Sports Stadium.

The 31-year-old last featured for his country at this level of the game on June 9, 2013, scoring one of his team’s goals in a 2-4 thrashing at the hands of Egypt, at the same venue.

Mohamed Salah was the destroyer-in-chief for the Pharaohs, on that afternoon, with a superb hat-trick.

Musona knows this could probably be his last crack for a dance at the World Cup final, and want his men to get a good start, with a victory over Bafana Bafana.

“It’s the first game of the World Cup qualifiers so it’s a big game,” said Musona. “South Africa are a very good team, so, we are going to give them the respect that they deserve.

“We will fight, from the first minute, to try and collect maximum points.

“It’s not going to be an easy game, but I think the team is ready to fight for the nation.

“This is the first one and we have to set the tone for the next game in three days’ time. It’s our home game and I think a good start would be three points.

“We are going to fight from the first minute to try and win the game and be confident going into the next game in Ethiopia. So, we are ready.’’

Zimbabwe will play Ethiopia in Bahir Dar next Tuesday.

“It’s been a long time since I played in South Africa, they have new players coming in and I really don’t know many of them, (I know) only a few,’’ said Musona.

“Of course, we have some guys playing in South Africa and they know how they play.

“But, at the end of the day, it’s not about how they play, but how we play because we are at home, so it’s all about us, and not the opponents.”

Musona said the Warriors will be motivated to put smiles on the faces of success-starved Zimbabweans as they go into the match on the back of a disappointing run in the last 18 months.

They have won only one match in 12 outings. Unfortunately, fans will not be allowed into the stadium after FIFA turned down ZIFA’s request to let in at least, 10 000 supporters.

“Definitely, the supporters are very important when we play, especially at home, it’s a pity that they will not be at the stadium but I am sure they will be supporting us from home,’’ said Musona.

“But, the fact that we are playing on home soil gives us the power, will and motivation, to say we are at our home and we will give everything, as if there are people in the stadium.

“I know they will be supporting us from home so the only thing is to give them the good feeling, and happiness they deserve.’’

The Warriors looked in high spirits, when they wrapped up their last training session, in the morning yesterday.

Coach Zdravko Logarusic has been battling a headache all week after he failed to secure a number of his players, including his regular central defenders, for the match.

Teenage Hadebe was denied clearance by his United States club, Houston Dynamo, to travel home for the World Cup qualifiers. Loga told journalists Alec Mudimu was doubtful for the game since his fitness levels were not yet up to the required standards.

“We have to find a way to manage the match, and how to come up with a positive result,’’ said Loga. “I don’t have the starting 11 yet, I have 23 players and each of them has to show they deserve the Warriors jersey.

“I am assuring you, all of us will give 100 percent, for sure, it doesn’t matter how big, the challenges we are facing, are.”

The gaffer revealed he will field a new pair in the heart of defence with Stade de Reims utility man Marshall Munetsi and Onismor Bhasera likely to step in.

Zambia-based Takudzwa Chimwemwe will be possibly play the right back role while Divine Lunga will be deployed as the left back.

“I am always in situations,” said Loga

“We had the same problems for CHAN and COSAFA. I am always in trouble. For once, I couldn’t get the proper Zimbabwe team to do the job.

“But, we are not pessimists, we are looking forward to positive results.” 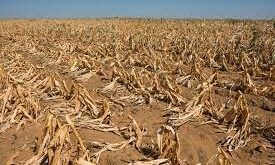