THE ZIMBABWE Energy Regulatory Authority (Zera) has finally granted 2020 procurement fuel and gas licences after four months due to contentions with indigenous players over new regulations.

The energy sector watchdog in March announced a new regime to acquire 2020 fuel import licences that included $2 million per annum from $23 000 last year, a $30 million performance bond as well the need for a company to have 25 sites with proof of ownership.

This did not go down well with a grouping of local fuel companies known as Indigenous Petroleum Association of Zimbabwe (Ipaz) which filed an urgent chamber application challenging Zera’s licensing regime.

A provisional order was granted by consent with both parties undertaking to further engage with a view to settling the dispute out of court.

In a dramatic backdown, Ipaz has seemingly conceded to Zera’s licensing requirements. In a communiqué gleaned by this paper dated April 17 2020, the indigenous oil companies grouping said it’s now agreeing with the 8 600% hike in procurement fees.

Initially Ipaz had argued that the requirements were grossly unreasonable, unconstitutional and, therefore, unlawful and would cause unlawful closure of their businesses and create a monopoly in the sector.

Chinhara said the $30 million bank guarantee requirement was still unreasonable as it was an additional cost that would make fuel expensive. He indicated that it was prudent for Zera to reduce the number of sites required to get a licence from 25 to 10.

“Furthermore, a bank guarantee has no cause to show for the industry because all the fuel we need is always loaded in the pipeline by high seas merchants and placed in bond. On reduction of the service stations to 15 sites from 25, against our proposed number of three, we ask that you consider reducing this number to 10,” Chinhara said.
It was after this communique that Zera has now licensed oil and gas companies.

“The Zimbabwe Energy Regulatory Authority would like to notify the Zimbabwe Revenue Authority (Zimra) the following companies are licensed to import fuel and LPG respectively as at May 5, 2020. Please note that any company not on this list and importing fuel and LPG into the country is doing so illegally,” Zera said in communique dated May 5 2020.

Retail fuel annual licence fees were set at $10 000 and $4 000 for urban and rural applicants, respectively.
The fuel blending licence was pegged at $76 500.

Biannual liquefied petroleum gas retail licence fees were pegged at $1 530, whereas wholesale fees were set at $30 600. 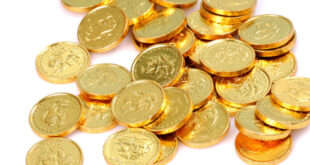