Visiting American boxing promoter Edward Mendy who is on a week-long mission in Zimbabwe has disclosed that he will host an explosive boxing tournament at the Harare International Conference Centre (HICC) mid-August this year.

He further added that the high profile event will put the domestic sport on the international arena as over two billion viewers are set to follow the proceedings.

Speaking to Nhau after a closed door meeting with representatives from his local partner, Monkey Safaris, and members of the Zimbabwe National Boxing and Wrestling Control Board, the veteran administrator said the ball remained in Zimbabwe’s court to capitalise on the numbers the event is set to attract.

“Through the event, we anticipate an excess of world-wide broadcast to over 175 countries of which the US alone will attract a viewership of more than 100 million homes. Add to that over two billion devices and all the social media engagement, and you have a market beckoning to be told the correct Zimbabwean story.

“There has been a lot of negative publicity particularly in the West where l come from, and time and opportunity are now to set the record straight.

“So the challenge is on this country, particularly the tourism sector, to grab the chance we are affording them and run with it,” he said.

According to a preliminary itinerary availed by ZNBCWB general secretary Lawrence Zimbudzana, Mendy will meet with Sports Minister Kirsty Coventry after which a launch ceremony will be hosted at Joina City this Friday courtesy of Edgars.

A road show around Harare’s CBD and surrounding suburbs has also been lined up where all boxing champions are expected to parade their belts.

Meanwhile, a number of corporates are said to have already warmed up to the beneficial partnership with the Zim World Boxing Show and some of them will be unveiled at the launch.

Previous Capacitate Journalists To Break The Scourge Of Corruption: TI
Next Covid-19 Themed Program For Independence 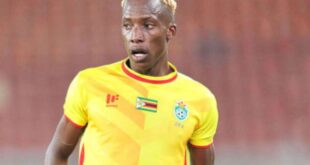