Otto Boxing Club has partnered with ZLG to host their debut professional tournament at Borrowdale Race-course Gym this Sunday.

Doors open at 10am and strict Covid-19 measures will be enforced.

Dubbed “The Rise of Champions,” the event has 10 bouts on a rich bill that has a number of champions featuring, among them Hassan Milanzi and Tatenda Biningu both of the Charles Manyuchi Academy.

Organiser of the weekend tournament, Ali “Otto” Phiri, is also the head coach at MBA.

Zimbabwe National Boxing and Wrestling Control Board Chief Executive Officer, Lawrence Zimbudzana, this week confirmed his office had issued Otto Boxing Club with a provisional licence pending prospects of a successful function, after which they may be licensed for a much longer period.

“We appreciate the coming on board of new players especially in the area of promotion because it spells the growth of the sport in general.

“The more such stakeholders we have on our books, the more the events we witness, and the more activity on the part of our boxers.

“As always, we will give this new entrant all the support they deserve so that they are inspired to host more and bigger events,” Zimbudzana told Nhau.

The “Rise of Champions” bill comes hard on the heels of yet another tournament held at Graniteside last weekend which was bankrolled by UK-based regional champion Mac “Shumba” Pemhiwa in association with Wesley Macdade of Shumba Boxing Academy.

The amateur event had a number of corporates also chipping in, a development that may be spelling the positive development of sport at the grassroots level in the country.

Among the companies that chipped in were Brodrick Commercial Cleaners, EV Clothing, Nash TV and TeamShumba Foundation.

“Initially we had planned to have our event on August 7, but due to circumstances we failed to control (lock-down implications) we were compelled to push it forward.

“We are thankful for the support we were able to harness and as is now the new norm of doing things, we were able to livestream the tournament and attracted good traffic in viewership from as far afield as the United Kingdom, Australia and South Africa.

“The fact that we had novices taking part buouyed by the comments received on social media is great inspiration for us,” Macdade said.

Meanwhile, according to a bout card availed to Nhau by organisers of “Rise of the Champions,” Enock “Cho cho cho” Musambudzi, a veteran pugilist at 10-1-0, makes a come-back against Lazarus Sithole.

Evans “Vanso 99” Husavihwevhu trades leather with Collen Zidumbu, Hassan Milanzi fights Given Daure while Alliah Phiri of Hard Rock has a date with Ndodana Moyo of Mau Mau Boxing. High-rising Bulawayo-based Sehliselwe Nhliziyo will be seeking to add more colour to her record in an encounter with Barbara Phiri. Nhau/Indaba 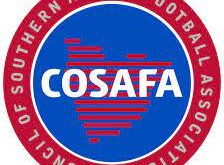