Douglas Munatsi, the Chief Executive Officer of the Zimbabwe Investment and Development Agency, has died in a house fire.

Police are investigating the fire as possible arson. Munatsi who died on Sunday 28 November 2021 was due to meet President Emmerson Mnangagwa this morning (Monday 29 November 2021).

Here Are Five Things You Probably Did Not Know About The Late Douglas Munatsi:

▪️ He was appointed the Zimbabwe Investment and Development Agency by President Emmerson Mnangagwa in 2019.

▪️ Munatsi owned Kunatsa Estates in Matepatepa, Mashonaland Central Province, which was toured by President Emmerson Mnangagwa as a model of large scale farms that are expected to drive agricultural growth.

▪️ He led BancABC since its formation in 2000, until its acquisition by Atlas Mara in 2014.

▪️ Munatsi was the Managing Director of BancABC’s predecessors First Merchant Bank and Heritage Investment Bank which he founded.

▪️ He studied for his first degree, a Bachelor of Business Studies, at the University of Zimbabwe, and later did his masters at American University. Pindula News 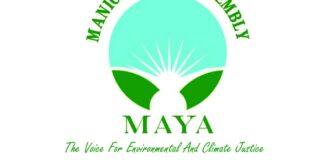