By Ray Munyoro
The Footballers Union of Zimbabwe (FUZ) has initiated a campaign calling for the return of football in the country.

The campaign, running under the hashtag #BringBackFootball, has been endorsed by influential voices including coaches and footballers.

FC Platinum coach Norman Mapeza believes it is time for football to return.

“I think it’s important for football to resume in the country as you are aware that most of the footballers are breadwinners in their families. And I think if we are going to go for another year without football in the country it’s going to affect families. So I am appealing to Zifa to make sure football resumes in the country,” said Mapeza.

Dynamos captain Partson Jaure has called for a safe return of football.

“I just want to tell those in charge … to help us resume football. Football is our profession and we want them to help and make it safe for us,” said Jaure.

DeMbare’s Frank Makarati said they cannot afford to go for another year.

“It’s very sad for us players, we can’t go another year without football, they should help us return to work, football is our profession #BringBackFootball,” said Makarati.

CAPS United’s Tatenda Tumba said: “Football must be given the greenlight to resume. As players we need money to survive, our families depend on football, this is our job, we can’t go for another year without playing football. Please bring back our football #BringBackFootball.”

Ngezi Platinum midfielder Devon Chafa said that “football is not just a means of entertainment to some of us it is a way of life”.

“Without football, you are depriving us of our happiness. #BringBackFootball,” wrote Chafa.

“Football must be given the greenlight to resume, players need money to survive … no better teams in Africa and Europe will come and sign a player from Zimbabwe because they were not playing for the past one year.”

Zimbabwe has gone for over a year without domestic action owing to the coronavirus pandemic. A proposed mini-league could not proceed last year after a proposal by Zifa failed to pass the test.

There has not been a clear roadmap from Zifa and the Premier Soccer League on the future of football. Nhau/Indaba 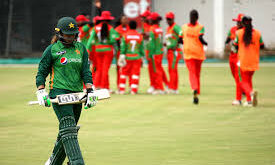