Government has announced that the dreaded South Africa Covid-19 strain has now dominated infections being detected in the country.

This was confirmed by the minister of Information, Publicity and Broadcasting Services, Monica Mutsvangwa during the post Cabinet media briefing on Tuesday.

Mutsvangwa revealed that the first strain that was detected in the country in March last year has since receded, urging citizens to be more vigilant against the SA strain.

“Cabinet wishes to inform the nation that results of the genomic sequencing recently conducted indicate that the type of Covid-19 virus that the nation had in 2020 has receded. There is now a 61% dominance of the new South African variant of the Covid-19 virus which spreads faster and has a higher fatality rate.”

“Accordingly, the nation now needs to be more vigilant than before and adhere to Covid-19 prevention and control measures. Security personnel have therefore been directed to intensify monitoring and enforcement in order to enhance compliance,” she said.

During the brief she stated that Government intends to vaccinate about 60 percent of the population by following the existing distribution structure for routine vaccines and supplies.

Mutsvangwa asserted that no one would be forced to take the vaccine against their will and the programme will start this Thursday.

“Cabinet reiterated its commitment to undertake a robust vaccination procurement and roll-out programme in order to achieve the desired herd immunity for at least 60% of the population.”

“The vaccination programme commences on 18th February 2020, on a voluntary basis and will be free. The aim of the first phase is to vaccinate 22%, 18,4% under Phase 2; 18,4% under Phase 3, thereby yielding a vaccinated population of nearly 60% of the population,” she said.

The total estimated operational budget for the vaccination over all the phases is US$6 778 777. Nhau/Indaba 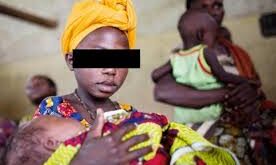