“Ginimbi bought himself a bicycle in Form Two”

By Daniel Kachere
Genius “Ginimbi” Kadungure was always a hustler, who wanted to be the best in everything he did.

This trait, according to a High School sweetheart, saw him being a “boss and leader” from a very young age.

However, he sometimes borrowed monies which he failed return and undertook ventures that collapsed.

This can be seen in the way Ginimbi clashed with politician Dexter Nduna and business mogul Mutumwa Mawere over an alleged fraudulent transaction and unrepaid debt, respectively.

Ginimbi’s boyhood lover, who preferred anonymity, told Nhau that his quest to lead began early and made him stand out as one of the greatest characters and most emulated individual at their school.

She dispelled rumours that Ginimbi used juju to acquire his wealth, describing him as a hard worker, who had piece of land that he used to grow vegetables and later selling them.

She said he sometimes even paid his own school fees, and when he was in Form Two, bought himself a bicycle.

“He used to go to school with it,” she said.

“This made him really famous and he stood out from his age mates. Even teachers envied him since bicycles were a rare possession those days.”
She revealed that this attracted so much attention from those around him, particularly girls, but he managed to control the fame.

“Genius attracted so much attention when he purchased that cycle as so many girls sought his attention but as a quiet and almost shy guy, he kept his cool. He kept himself in a shell and played his cards close to his chest,” she said.

A classmate, who grew up in the same area as Ginimbi, revealed that when news filtered that he had left his father’s compound to fend for himself, there was nothing surprising as he was always someone who worked his way around everything.

His funeral, which lasted seven days, saw people come from all walks of life, some even from beyond Zimbabwe’s borders. He died on October 8, 2020 after a horror crash along Legacy Way on his way home from a night out. Nhau/Indaba

Previous Tsitsi Dangarembga: Life in an ‘ever-narrowing Zimbabwe’
Next Field day for thieves at Ginimbi funeral 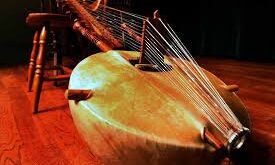