Jay-Z reaped a massive windfall selling a piece of his champagne brand to luxury goods giant LVMH – but it doesn’t beat stars like Dr. Dre or Kylie Jenner when they sold their stakes in major companies.

It turns out Jay-Z’s luxury champagne brand is worth more than “half a B.”

The partnership announced on Monday between Jay-Z and the wine and spirits division of LVMH makes the billionaire rapper the latest celebrity to pocket a windfall by selling part of a consumer brand to a major distributor. The deal appears to have valued the brand, Armand de Brignac, at more than $600 million, which would land him a cash payment of at least $300 million—about $50 million more than he would have made based on the $500 million value he rapped about in Meek Mill’s 2018 song “What’s Free.”

The founder of RocNation sold 50% of the champagne business to LVMH’s Moët Hennessy in a move aimed at “taking the business to new heights across the world,” according to Moet’s CEO Philippe Schaus.  LVMH is known to bid competitively, and that certainly appears to have been true for this latest deal.

Forbes values the deal for the bubbly wine, known by its nickname Ace of Spades thanks to its logo design and several of Jay-Z’s lyrics promoting it, at roughly $630 million, based on conversations with five beverage analysts and industry insiders. That’s double Forbes’ previous valuation of the brand. The terms of the deal have not been publicly reported by LVMH or Jay-Z, whose company will still handle production. Neither side would comment, but based on analyst estimates, Jay-Z likely pocketed at least $315 million in the deal.

“The multiples for Armand de Brignac—based on the category and volume size of the brand—far outreach brands that don’t have that celebrity ownership,” says beverage market analyst Eric Schmidt.

Still, it’s not the biggest celebrity cash out by a long shot: Kylie Jenner sold 51% of her cosmetics company to Coty in a deal that valued the brand at more than $1 billion; she got $540 million pre-tax. Rapper-Producer Dr. Dre sold his audio product company Beats to Apple in 2014 for $3 billion, pocketing $585 million himself before taxes.

Plenty of other pop stars have followed suit, not just selling out or selling stakes but often partnering with global giants. LVMH struck an earlier deal with Jay-Z protégé  Rihanna in 2017 to launch Fenty Beauty, and most recently invested indirectly in her lingerie line Savage x Fenty earlier this month. The value of her stakes in both businesses totals $530 million.

“With celebrity association, particularly in the earlier years, the valuation of a company could be higher by three to seven times,” says food and beverage marketing consultant Arthur Gallego. “But I don’t think it works for every celebrity. There’s got to be something authentic about it.”

Jay-Z’sjourney with Ace of Spades began in 2006, a year after he signed Rihanna to her first record deal. At the time, the Brooklyn-born mogul called for a boycott from Cristal champagne after CEO Frédéric Rouzaud said, “What can we do? We can’t forbid people from buying it,” in response to being asked about the brand’s popularity among rappers at the time. Later that year, Jay-Z debuted his champagne brand by featuring its signature gold bottle in his “Show Me What You Got” video.

The popularity and strong sales of Ace of Spades helped boost Jay-Z’s fortune to $1 billion by 2019, earning him Forbes recognition as the first hip-hop artist toreach the 10-figure milestone. The latest deal will likely bump that figure up, while leaving him with other assets to monetize, including RocNation’s entertainment business, music streaming service Tidal, an athlete representation agency, his master recordings and music publishing rights, and a second liquor brand, D’usse.

Here is how his windfall stacks up against some of the most notable celebrity deals inked in the past five years.

British liquor giant Diageo purchased the movie star’s tequila company Casamigos in 2017 in a transaction that valued the company at up to $1 billion including $700 million up front and another $300 million based on performance over the following 10 years. The A-list actor netted more than $200 million pretax, making him Forbes’ top paid actor of 2018. He cofounded the company with nightlife entrepreneur Rande Gerber (husband of supermodel Cindy Crawford) and real estate tycoon Mike Meldman in 2013. Clooney, Gerber and Meldman each invested $600,000 apiece as equal partners to start up Casamigos, which loosely means house of friends, and then reinvested profits, earning them an impressive ROI. The star and his pals are still involved in the business.

Jenner used $250,000 of her earnings from modeling to pay an outside company to make her first 15,000 lip kits, which sold out in minutes in 2015. Kylie Cosmetics quickly became one of the fastest growing makeup brands, thanks to the reality TV star’s massive social media following—now at 265 million followers across Instagram, YouTube and Twitter. Cosmetics giant Coty Inc paid $600 million for a 51% stake of the brand in January 2020; she pocketed $540 million, pretax. She still has an estimated 44.1% stake—with Kris Jenner owning a small stake—in the brand, and she and her team oversee all creative efforts.

Kardashian West sold 20% of KKW Beauty to publicly traded Coty in a deal that closed in January, and took home $180 million pre-tax. Kardashian West still has a 72% stake, worth an estimated $500 million. The new partners plan to enter new beauty categories together and expand overseas. In the works: a skincare line set to launch in fiscal year 2022. Kardashian West filed for divorce from Kanye West, her husband of seven years, in February; the couple had signed a pre-nup.

The pop star has made the bulk of her fortune from Fenty Beauty, the makeup brand she started with LVMH in September 2017. Forbes estimates that LVMH owns 50% and she owns 15%, or $450 million worth, of the $3 billion (est. value) brand. Fashion house Fenty, which she launched less than two years ago as a joint venture with LVMH, has been less successful. Following a decline in business at Rihanna’s Fenty clothing line, LVMH said it is halting the luxury fashion house after less than two years of operation. Rihanna also has a roughly $80 millionstake in lingerie line, Savage x Fenty, a joint venture launched in 2018 with TechStyle Fashion Group. Investors in the business include L Catterton and Jay-Z’s Marcy Venture Partners.

In a deal perhaps more reminiscent of Michael Jordan’s partnership with Nike or rapper Diddy’s Ciroc vodka with liquor giant Diageo, West gets much of his money from a profit sharing agreement with Adidas.  West owns 100% of his super popular sneaker brand Yeezy. But it’s a complicated deal in which Adidas handles all the production, marketing and distribution, and West receives a royalty of approximately 11% of Yeezy revenue. Based on estimated revenues of $1.3 billion in 2019, West likely received royalties of over $140 million.  That was more than either Jordan, who earned $130 million from his cut of Air Jordan sales, or Diddy, who pocketed $50 million, the bulk of his earnings, in beverage partnerships, mostly from Ciroc. Based on the royalty stream, Forbes valued West’s business at nearly $1.3 billion.  Forbes 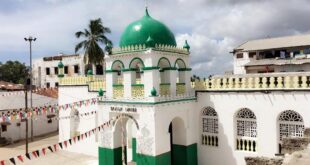