Is Killer-T Campaigning For ‘Hero Status’?

Zimdancehall chanter Kelvin Kusikwenyu popularly known as Killer T torched a storm on social media, with some sections of the public accusing him of ‘bootlicking’ First Lady Auxillia Mnangagwa by sending her birthday wishes, Nhau has learnt.

The dancehall chanter was accused of using the birthday message as a campaign initiative to be considered with the same befitting status given to the late Soul Musaka aka Soul Jah Love who was conferred with provincial hero status by President Mnangagwa when he died last month.

Bindura mayor Brian Kembo (MDC) said the young musician was seeking hero status which he will not get through such a move.

Fans on his Facebook page yesterday taunted him after he posted his picture with the First Lady wishing her a happy birthday.

One who goes by the name Tendai Valentine Ruomba also blasted the musician for dining with Mnangagwa.

However, some fans believe that there was nothing wrong with the Zimdancehall chanter wishing the First Lady a happy birthday.

Since this doesn’t concern me or music I just want to say there is nothing wrong to wish somebody good health and long life. Everybody deserves birthday wishes no matter how bad they are,” said one who goes by the name Petrine Mwala Beni. 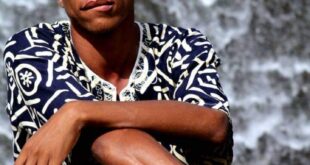